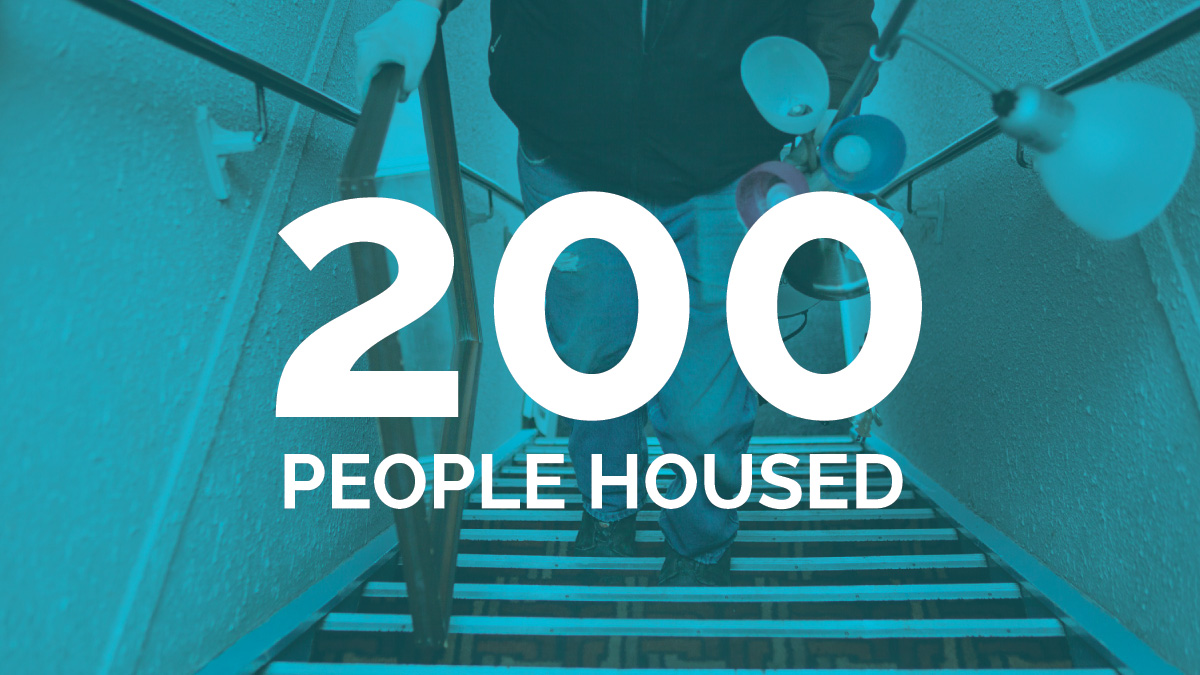 We’re proud to announce that our Outreach Housing Team has met its ambitious goal of housing 200 people–and they did it 3 months ahead of schedule!

In early 2015, students from Strathcona High School raised $190,000 for Bissell Centre as part of their Treehouse Project fundraiser. These funds went towards establishing our Outreach Housing Team (OHT), a new program dedicated to locating, engaging, and housing people who are homeless. Since then, the OHT has successfully housed 200 people, a figure that continues to climb with each passing week.

One of the people helped by our Outreach Housing Team is “Steven,” who up until last year was homeless and sleeping in the River Valley. Steven’s social anxiety stopped him from accessing the help he needed. “At the time I was very bad with communicating with people,” he says. “I didn’t like phone calls.” But Steven knew he needed to make a change, and decided to contact Bissell Centre. He was quickly put in touch with our Outreach Housing Team, who found him a house in August 2015.

Since then, Steven has returned to school and is working on a marketing degree. He has plans to start his own business after graduation. Even though he was at first afraid to ask for help, he encourages anyone who is in the same position to reach out to someone. “You have to do it,” he says. “Life is damn scary. But you have to walk into the dark a bit sometimes to find the light.”

“Life is damn scary. But you have to walk into the dark a bit sometimes to find the light.”

Because there are few strict criteria that a candidate must meet to be eligible to access OHT services, people who do not qualify for similar housing initiatives can almost always get help through OHT. The team’s focus on keeping the paperwork to a minimum has made the housing process simple and streamlined, allowing them to house more people with fewer resources than other housing programs.

“It’s amazing how much you guys help,” says Steven. “Anyone who needs help – phone the Outreach Housing Team. They’re the ones that care, and they’ll do what it takes to get you off the streets. There are organizations who get thirty or forty million dollars in funding a year who don’t do as much.”

We are proud of the work the OHT has done over the past several months. But now, as funds dwindle and resources become scarcer, the support of the community has never been more important. It began with a group of extraordinary high school students and has resulted in 200 people like Steven finding homes and new hope for the future. Our hope is that the OHT will continue to grow and evolve with the help of our caring, dedicated community.

Thank you for your support!