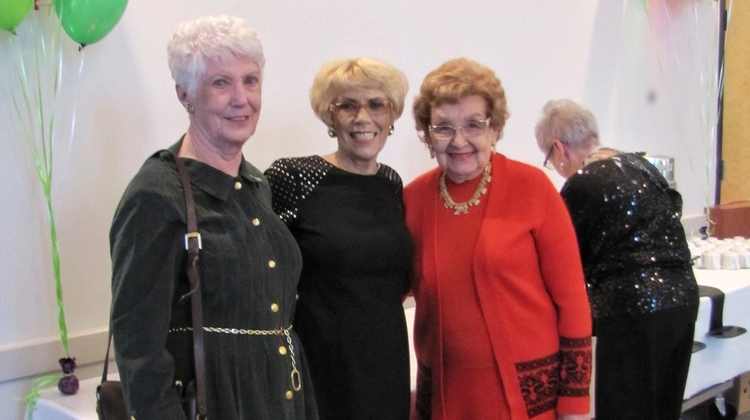 On Saturday, Feb. 21st, the “United for Bissell” Gala Dinner & Silent Auction was held at Southminster-Steinhauer United Church in Edmonton with all proceeds from the evening supporting our efforts to eliminate poverty in our community.

A special thanks to our long-time supporters, Tammy and Clare Irwin, and to the United Church congregations that  were involved, the fundraiser was a giant success with every ticket and single auction item sold.

The evening featured a full dinner service, a silent auction, musical entertainment (harpist and a recorder quartet), and was hosted by Bissell Centre’s former Executive Director Larry Derkach, who served at the organization for almost 25 years. It was also attended by our current Bissell Centre CEO, Mark Holmgren, who identified the ways Bissell Centre was looking to increase the capacity of its mandate by putting more people to work and housing more homeless.

The fundraiser was inspired by the now extinct Bissellebration fundraiser and the multiple fires and floods we have experienced recently to help us overcome the financial challenges we faced. Many of the attendees were long-time supporters of Bissellebration and the event speaks to our strong ties with the United Church community.

We would like to say thank you to the following people, and to the donors and volunteers, who played an important role in planning the fundraiser and  making  it a  success: