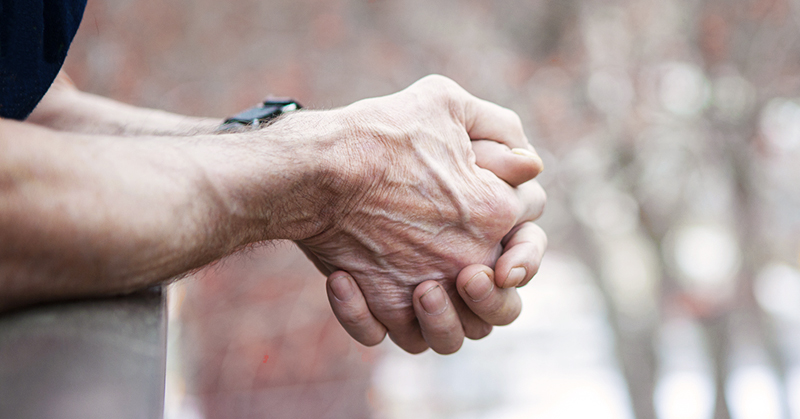 It was an injury at work that knocked Scott’s world off balance. It shouldn’t have happened, but it did, leading Scott down an uncertain path. He and his wife, Amy were not able to make ends meet; they were facing an eviction notice and the power and heat were getting disconnected. As self-sustaining people, Scott and Amy were looking for an opportunity to weather the storm that they were in, to find a loan and to pay it back. They didn’t want social assistance and didn’t know where to turn until they were referred to the Community Bridge program at the Bissell Centre.

“The program is a Godsend,” says Scott. “It is the difference between some people giving up and thinking they would end up on the street and actually giving it another shot and getting back on your feet.”

He made his first re-payment on the 1st of August, which went directly towards a late payment for rent to stave off an eviction notice.
It was right down to the wire too. A family member was going to lend them the money right before they applied for the Community Bridge program; however, circumstance led to the family member being unable to lend the money. Without the Community Bridge program, Scott and Amy would have been evicted from their apartment.

“When the money came through, it was literally a life saver.” -Scott

Scott feels that it’s easy for people to generalize how difficult it is for others; and often, those who are better-off don’t realize that people going through a tough time don’t have the time or the resources needed to fix problems themselves. They can get bogged down by the system, and Scott feels that it gives peace of mind know that there is a program that can help people climb out of the stress and situations they are facing.

“It’s nice to know that you can get help, without going though the ringer to get it,” says Scott. “Dealing with the Bissell Centre, it’s more ‘if we can help you, we will.’ It wasn’t so detail or procedure oriented, but more ‘let’s get you back on your feet oriented,’ which, at the end of the day is often what people need to hear to not feel like the world is coming to a quick end on them.”

He wishes more people knew about the Community Bridge Program. Having benefitted so much from Bissell Centre’s help, he wants to volunteer and help raise awareness of the incredible work that Bissell does to help people in the community get back on their feet.

Thanks to the support of funding partners like ENMAX, we have been able to help hundreds of people like Scott and Amy avoid eviction.
Visit Bissell Centre’s Housing Services to learn more about the Community Bridge Program and our efforts to provide stable housing and financial support for people living in poverty.