Roger’s Story of Giving Back 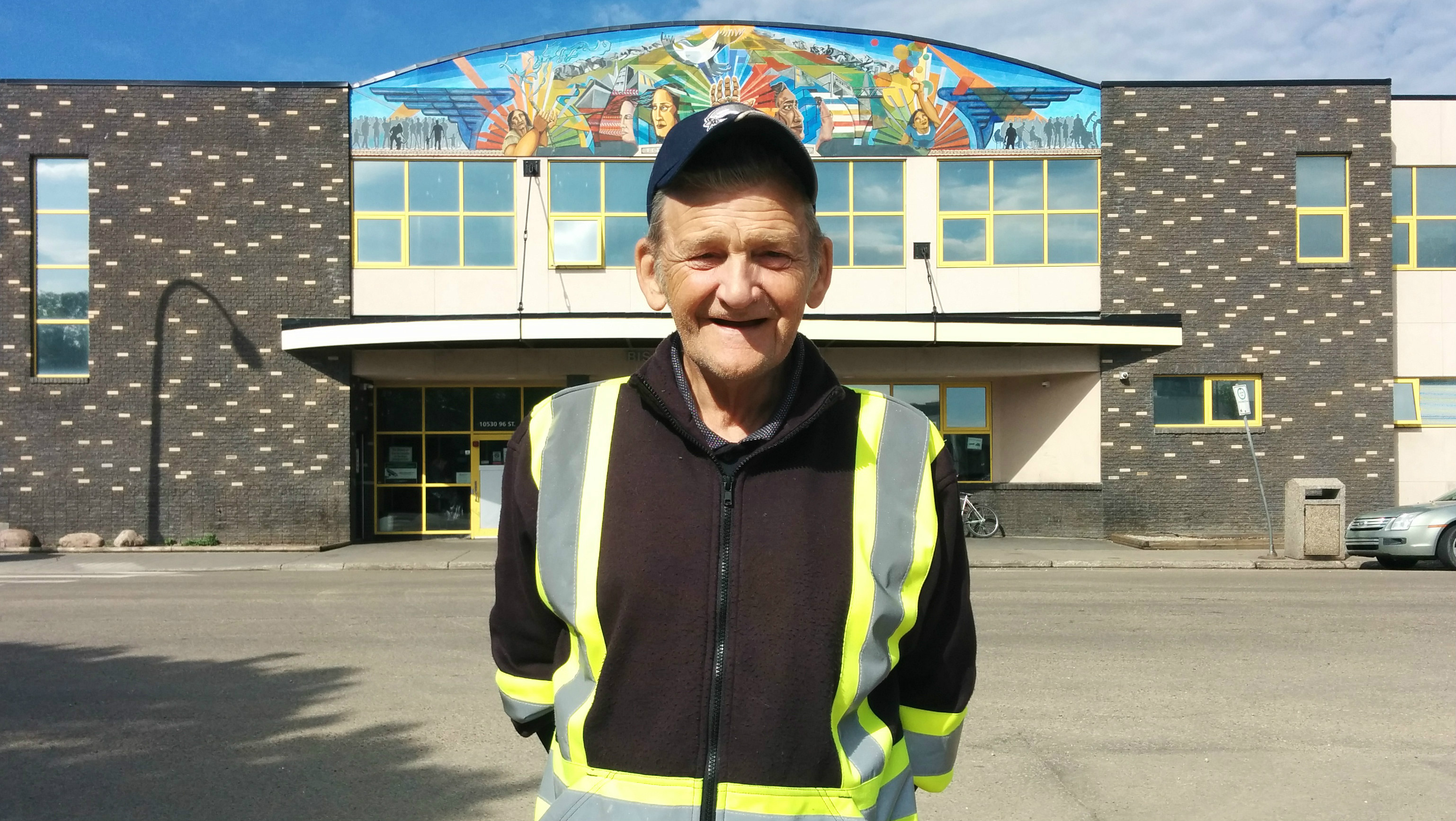 Roger arrived in Edmonton 17 years ago, when he was 49 years old. A few years before he moved, he was hurt in a firefighting accident and spent a year in a body cast. After that, he couldn’t go back to firefighting, and started working for a soft drink company instead.

He worked there for nine years, while living in Edmonton. When he retired, he found that he could no longer make ends meet and quickly became homeless. That’s when he found out about Bissell Centre, and came for his first visit–about seven years ago.

Our staff could see right away that he had a kind heart, as he opened up about his story over coffee and a snack in our Drop-in Centre. We were pleased when he returned the next day, and overjoyed when he came back multiple times over the next week!

For the next five years, Roger lived on the streets of Edmonton’s inner city. He made a shelter out of a tarp, for himself, down in the river valley. He never carried personal items with him, like photos or mementos, for fear that they would be stolen or damaged. And whenever he could, he’d come visit us at Bissell Centre.

Even though his past has been difficult, the Roger that we’ve come to know and love is a man full of compassion and generosity. A few years ago, he lost his sister, a niece and a granddaughter to an impaired driver. But instead of letting bitterness overcome him, he puts his energy into loving the family he does have–as well as his family here at Bissell Centre.

He even manages to send his two remaining grandchildren some money to put towards their education fund–whatever he makes from odd jobs.

“I made a promise to a friend before she passed away. She asked me to help people if I could. I told her I would and I’ve done it up to this day.”

Not long after he started visiting Bissell Centre regularly, Roger also started volunteering with us. When we asked him if he wanted to help out, he was eager to start giving back. And since he already loved spending time with our community–building trust and friendships with everyone he met–he was the perfect fit.

Two years ago, after five years of trying to find a housing situation that was within his means, Roger found a new home with the ongoing help and support of Bissell Centre’s Housing Services. We’ve been so encouraged by the steady growth we’ve seen in this gem of a man, and are thrilled that at 66, he has a place to call home–both at his apartment and here at Bissell.

When we asked Roger why he’s so passionate about giving back, he said, “I made a promise to a friend before she passed away. She asked me to help people if I could. I told her I would and I’ve done it up to this day.” Getting housed was another part of this commitment–showing by example that it is possible for anyone coming in off the streets to get housed.

Roger has truly become a part of our family here, and we’re as delighted as he is, by the relationships he’s built. “I’m either Dad, Uncle, or Grandpa around here,” he says proudly, describing his role to the other community members at Bissell Centre.

As he continues to volunteer with us, he’s continually a beacon of friendliness, hope and understanding for everyone he comes in contact with, and we’re so grateful for his faithful willingness to help.

Please give to help more people like Roger by donating here:  bissellcentre.org/donate